If you are otherwise a newbie, aspiring for learning how to stitch, you might not know how to thread your sewing machine. Do not fret! Here you will find a complete guide of threading the machine based on different brands.

As the necessary procedure is the same, we will focus on the differences here. However, you will be able to not only thread your sewing machine but you will also stitch like a pro. Here you go!

How to thread a singer sewing machine?

The Singer is a big brand in the sewing machine. They have a wide array of variety, from simple household types to tech-savvy industrial ones!

For getting the things geared up for threading, you first have to lower them down by plugging of the switch. The last thing you want is an accidental run over of the machine that can end up in anything. After plugging it out, you have to handle three things. First is the bobbin, second is the thread in the spool, and the third is maintaining their tension. Before going ahead to further steps, rotate the machine wheel towards yourself, it will bring the needle to its highest level. Lock it there. The tension in the thread is controlled by the presser foot. Lift it with the help of its lever. Now follow these steps:

Working on the bobbin:

Bobbins are reel-like metallic or plastic tools for securing the thread spool in the lower part. They are specific for specific machines. So, you cannot expect a particular bobbin to fit in another brand. Approach it by opening the lower part. This is done by sliding it outwards from the lower left side, below the needle. Now place the bobbin on the bobbin winder and put it on the thread spool. Make sure that you secure it at its position with a cap which not only holds it in position but avoids the tangling too. One end of the thread is rotated around the bobbin by switching on the bobbin winder. This is then removed and fixed in its place in the specially designed faucet for it. You will hear a click sound when it is in there. Now take the leading end of the thread, pass it through the guide and bring it up.

Passing the thread down:

How to thread a Brother sewing machine?

Brother is another big brand in sewing machines, a real competitor of Singer. They offer a mechanical model, a computerized model, and an electro-mechanical model.

Unplug the machine, bring the needle to the highest position, and press the foot lever up!

Brother machines usually have a horizontal spool, but it may vary with some models. Bring the spool out to the maximum. Put the reel and move on to the next step.

Take out the bobbin. The thread is passed through one of the holes in the bobbin. Now press the lever down for some tension-free winding. Go slowly here. Now according to your model and manual that comes with the machine, then wind up the bobbin. Some Brother machines have a “fast winding” option. It is very speedy earlier on and slows down when it is nearly full. Pass the leading thread end through the hole in the lower part of the bobbin seat. Trim away the extra thread. After you wind it up, remove the bobbin from it. Slide the bobbin winding pin back to its nonworking position.
Remove the bobbin cover from the lower part. Put the bobbin in its shaft. It will sit with a click. Now you have to take out the thread and move it through the slit to above. Adjust the thread tension. Put the cover back.

Feeding the upper compartment with thread!

After fixing the thread in the spool, Brother machines have an L-shaped metallic guide for moving the thread from back to front. From here, it is moved along the U shape tension disc in the front left sled. Now, feed it into the thread take-up lever. It is a silver hook-like part. From here, you move it through the needle thread groove. The leading thread end is passed through the eye of the needle. It is directed from front to back. Now feed the thread; the thread passes beyond the eye, and you may pull it out according to the requirement.

How to thread a Kenmore sewing machine?

Kenmore sewing machines are unique in the way that they come with some automated options for controlling the stitch type, width, and length. Let us discuss below how to thread this machine.

Turning the clutch around:

Yes, this machine is maneuvered with the help of a rotating grip. Turn the clutch counter clockwise. Now the knob is pressed—this clutch, when loosened results in helping you go ahead with the bobbin winding. Adjust the thread on the spool with the help of securing cap. It may be vertical or horizontal, according to the model. The thread then passes through the bobbin winding tension disc. Then move it through one of the holes on the bobbin, place on the winding disc, slide towards the right, and finally, you may load it. Now rotate the clutch. Start the machine—wind to its fullest. Trim away the loosened free end.

Bobbin has to sit in its place if you want to proceed smoothly:

Remove the bobbin from the top. Take off the counter cover. The bobbin shaft is placed in the front in most of these Kenmore units. Release the latch on it to bring out the bobbin case. It is opened, and the bobbin is placed there. Take out some of the threads. Now put the bobbin back in its place. Covers are put back. Let us move on to the next step.
Threading the top part: This is similar to other types. However, you have to rotate the clutch again. The knob is pressed again. After this, you will have to move the thread along with the thread guide. While driving it through the tension guide, you have to be careful, and in some models, you have to change the tension settings to automatic. Pass through the needle eye in the direction from front to back.

Rotating the wheel to start the operation:

Again, turn the clutch, bring the needle down, put the presser lever down. Both the threads from upper and lower parts are moved back, and here you are ready to stitch your latest outfit, and jealous your friends with your skills!

How to thread a White sewing machine?

White sewing machines are in trend and trade. Most of these models have a small light just over the needle for better vision and stitching.

Moving the thread through a series of grooves and hooks:

In White sewing machines, the thread is placed on the spool. Cap is placed on the free end. Take the thread and start moving it through a series of at least six different grooves and hooks. The simple rule is when you have to move through the hook, move from behind the hook, and bring it in. When driving through the grooves, make sure you move the full distance and pass it along with the guide in the u-shaped pattern.

Take the thread from the spool. Wind it around the bobbin tension disk and the bobbin. You can do it full or half according to your need and remove the bobbin from the disc.

Put the bobbin in its shaft:

Remove the bobbin holder from its case. Usually, there is a releasing lever for this. Once it’s open, the wound bobbin is put inside and fixed. Then secure it in the case by closing its cover. The thread is moved along the guide to outside.
Move the upper thread down, and the bobbin thread is sneaked up! The thread from the top-notch from the needle is passed down, where you have the shaft for the bobbin. This is done by putting the presser foot down, then lower the needle. The thread from the upper part is moved in the down compartment, and from bobbin thread is moved up. As you hook it up, you take both the thread ends at the back of the needle.

How to thread a Janome sewing machine?

Janome sewing machines are excellent in their own way. They are suitable for all, from beginners to casual learners, amateurs, and professionals. So, if you are having a Jenome sewing Machine, here is how you will thread it.

The bobbin is waiting for winding:

Here, the bobbin treatment differs not much. Take the bobbin, pass the thread through one of its holes. Travel a few rounds around the bobbin. The free end is trimmed off. Now place it over the bobbin winding pin.

Janome is ready to run:

The button is pressed to release the bobbin case. This case is opened for putting the bobbin in the anti-clockwise direction. The threaded end is passed out to run along the tension guide path.

Rotate the lever down:

the needle will travel down to bring up the bobbin thread. So, this all hassle bears fruit when you get your newly stitched shirt by the evening!

How to thread a Juki sewing machine?

Juki is not the new hero in town. It has ruled the sewing machine for years now. It has heavy industrial jobs to undertake too. The commercial use of this brand has made it a success over the past decade.

Let the thread go from the reel to the needle eye!

Juki machines are high-quality sewing masters that will entertain you at Lowes cost and high speed. The thread in the Juki dances around in circles over the spindle holder. It runs from the rear side to the front. Now move the thread along with the thread guide from the first top loop to the first hole in the tension hole. Then comes the stage of moving it carefully between the two closely spaced thing rims of the tension disc. Now, move it in the hook that is, in fact, the take-up lever. Well, its journey will continue along with the thread guide. Finally, you have to pass it through the needle eye from left to right.

The bobbin is wound around:

Bobbin thread is wound around its neck. The procedure is easy but a bit technical. The thread goes over the bobbin tension disc at the lower backside of the machine. The story doesn’t end here. The thread is going to fill the reel of the bobbin automatically. Once it is filled, your more than half job is done.

The needle is going down to bring up the thread:

Take out the bobbin case. The bobbin faucet is opened. Place the loaded bobbin inside. Lock it inside with a click!

Again, the wheel is rotated towards left. The needle goes down and comes up with the bobbin thread. Here, the things are ready to run along the margins of thread! Sit back and enjoy it!

Threading a sewing machine is never a difficult task if you follow the steps as described above. Make sure about a few things.

Firstly, it should be unplugged.

Secondly, you have to thread the bobbin.

Different types of machines have different mechanisms for all this. Thirdly, pass the thread in the upper compartment. You can do this by going along the designated thread path.

Now you come to the second last step; it is joining the two threads end together. So, finally, your efforts will be seen running on the piece of cloth in the form of threads. Catch them if you can!

Taisha personally working at home in sewing, embroidery machine & Others. She created this blog to share her experience. 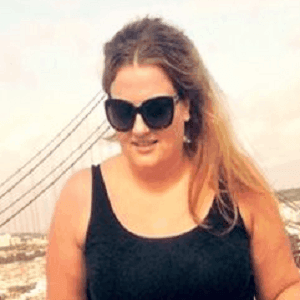 Taisha personally working at home in sewing, embroidery machine & Others. She created this blog to share her experience.